Billionaires Agree To Donate Part Of Their Wealth…Sooner Or Later.

My fiancee Janet the star newspaper editor, who always has her pulse on the events of the day, mentioned this blurb to me today:

The Sage of Omaha, Warren Buffett, said Wednesday he and 39 other of America’s wealthiest people have agreed to donate a bulk of their wealth to charity either during their lifetimes or upon their deaths. As DailyFinance’s Carrie Coolidge reports, the initiative, known as Giving Pledge, is a moral commitment to give, not a legal contract. “At its core, the Giving Pledge is about asking wealthy families to have important conversations about their wealth and how it will be used,” says Buffett, chairman and CEO of Berkshire Hathaway.

Yes, these 40 rich men and potential thieves have finally come to their senses, or somehow been enlightened with a conscience. They have looked around them at all the stacks of cash, and thought long and hard about the many, many needy folks and charities in this world and decided they should give some of their riches back. I guess you only need a few billion to live quite comfortably in this lifetime. Of course, how would I know. I’ve never had the unceasing problems of having “too much money.” What a terrible burden that must be.

I was once interviewing a famous author who’s name shall not be mentioned at this point who unabashedly told me that he has more to worry about, now that he’s successful, than when he was a poor and struggling writer. Hogwash, I say!

Imagine the stress each and every awful day trying to decide what to invest in or what to buy – as compared to say the anguish that many Americans go through when faced with threatening letters from utilities or even worse, being tossed out of their own houses by the local government hacks, who probably in some cases get a ride out of it.

But I digress and may be missing the real point. This may be a step by these suddenly generous billionaires in the right direction. Maybe they are finally realizing the meaning of that passage in the bible about the camel, the rich man and the needle. 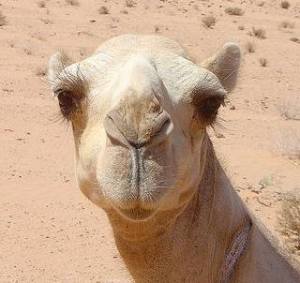 But this line from today’s news item struck me as a little ambiguous:

“America’s wealthiest people have agreed to donate a bulk of their wealth to charity either during their lifetimes or upon their deaths.”

I mean why aren’t these fat cats just doing the donating now, especially during a time in American history when it’s needed most? Somethings seems fishy in Denmark, or Switzerland or where ever these rich dudes keep their bars of gold bullion.