Why Darkness Means So Much To Me, Baby 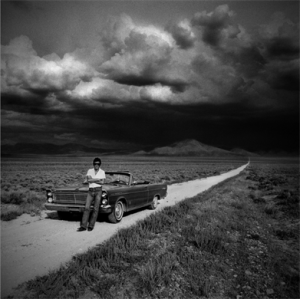 In December of 1978 I turned 18 years young and, apparently, according to the U.S. government, old enough to get shipped off to some godforsaken place where I might get my head blown off. Fortunately, the United States of America was not at war in 1978…or any other year that followed, until I would be considered to old and feeble to fight. But I guess what I’m saying is that I became what society might consider an adult. I was at the end of my first semester of my Freshman year at Syracuse University. And just a few months earlier I had witnessed my first Bruce Springsteen show.

I mention the rock and roll show because it was a seminal moment for me. I had never seen any other kind of live performance that came close to what I saw that night inside the old War Memorial Auditorium in Syracuse. That night I official became a disciple of the church of Bruce Springsteen – an organization to which I am still a member.

Earlier that year, in the summer of ’78, I bought the album “Darkness On The Edge Of Town,” which remained on my turntable for the next several months as I wore out the grooves listening to the raw, savage, adult power of the words and music. I call “Darkness” my “coming of age” album because it’s a watermark (as all music is for all of us). As I listened to songs like “Badlands,” “Adam Raised A Cain,” “Something In The Night,” and the title track, I was also making that slow but essential transformation from caterpillar to butterfly, from child to man. I didn’t have a big brother, so Bruce took on that role and though I couldn’t really talk back to what he was saying, I was learning. I was learning about love and rage and passion what Springsteen would later call “the hardness of the world.” I had finally started dating and my hormones were raging and I could drink in New York but not in Massachusetts (which caused endless discussions and arguments with my parents as I headed out the door on too many nights to remember).

But the point is that it this platter of plastic or wax or vinyl (or whatever the hell albums were made of) was my companion and my guide through this transformation. I was young and growing and everything (yes, everything) seemed possible. I was so full of hope, yet at the same time I was worried all the time. I had so much energy, and sometime nothing to do with it. I was all dressed up with noplace really to go. But I had one thing to count on to make me happy. I had one thing that never let me down. And that was the music made by Bruce Springsteen, specifically the songs on “Darkness.”

It’s 32 years later and so many things have happened in my life, but I still get a special feeling whenever I see photo’s from the “Darkness” period. It’s more than just nostalgia. It’s a kind of reverence. It’s awe. It’s undescribable.

This afternoon I read that there will be another exhibition of photo’s taken by Eric Meola, one of Springsteen’s main photographers from 1975 till 1978. I looked at these photo’s and the feeling came back. As they always will. It’s almost like seeing photo’s taken of a family member (remember that Bruce was serving in the role of my older brother), but this particular roll of film had never been developed. These photos help me take myself back to that place where I still believed that anything was possible and the world was just waiting to see what I would do. It’s like a secret place. A sacred place as well.

I hope I can always go back there.

Filed under Music, My Stories

2 responses to “Why Darkness Means So Much To Me, Baby”